CAI blog: What we’ve learned from our conflict sensitive humanitarian work in South Sudan and DRC 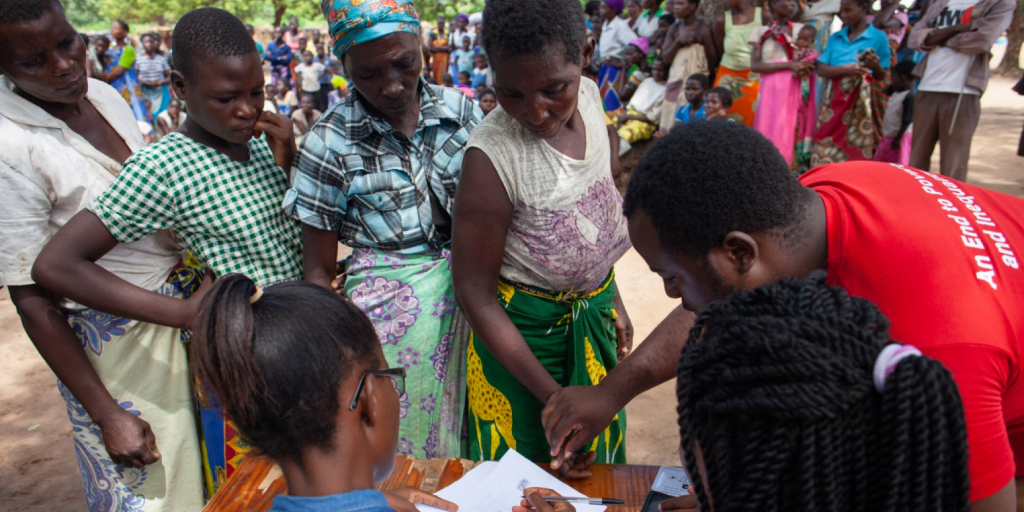 Christian Aid Ireland (CAI) leads the conflict sensitivity and peacebuilding agenda of the wider Christian Aid network, active in about 29 countries worldwide. Since 2017, PeaceNexus has supported CAI’s efforts to scale up their contribution to building peace and to applying the highest standards of operations across their programming and support to partners in countries affected by conflict and violence. In this insightful blogpost, Eric Sanchez (@EdeEric) shares the lessons learned from their conflict-sensitive humanitarian pilots in the Democratic Republic of Congo (DRC) and South Sudan.

Christian Aid has begun to look at conflict sensitivity within our humanitarian responses. With evidence that 80% of humanitarian needs today are driven by violent conflict, addressing the root causes of violence is essential to our work.

When working in a country affected by high levels of violence, an NGO knowingly accepts to become part of that environment. Who the humanitarian aid is directed to, who is hired locally, where material and goods are sourced from, will inevitably benefit, or be seen to benefit, a group over another. This interaction between NGOs and the context within which they operate is of particular importance in contexts affected by a history of violence – particularly due to the potential risks of aggravating or rekindling old communal tensions if interventions are not carefully designed.

Good practice for humanitarian agencies in countries affected by violence is to ensure their approach is sensitive to the conflict. This means first and foremost engaging local actors and gaining a deep understanding of the root causes of the conflict. Second, it demands NGOs understand the interaction between their intervention and the context, as failing to do so has a real potential of exacerbating the conflict. And third, organisations must then adapt interventions to minimise negative effects, while maximising the positive impacts on peace.

This focus on peace is a crucial element of conflict sensitivity, and one that does not naturally fall within the remit of humanitarian organisations. For years, peace work has been left for expert peacebuilding organisations. Today, with clear data indicating that 80% of humanitarian needs are driven by conflict, humanitarians have to understand how their work can be tailored to have a positive impact on peace.

For this reason, the From Violence to Peace unit in Christian Aid has made building peace and violence reduction a key strategic focus. Over the course of 2020, the unit provided one-off, flexible and small grants for country teams to adapt humanitarian interventions to become more conflict-sensitive. These are some of the learnings that came out of DRC and South Sudan.

Needs assessments are important but not enough – Lessons from DRC

During a monitoring visit in the town of Kitshanga in the Eastern part of DRC, Christian Aid staff noticed that a food-distribution, jointly implemented with a UN agency and a local partner, re-ignited tensions between Hutu and Hunde tribes. The origin of the problem lied on the fact that the distribution was informed solely by a needs assessment, which identified those most in need of assistance with no regard of the conflict dynamics.

This example speaks directly to the complex nature of humanitarian action today, where several partners come together to jointly coordinate the distribution of aid. In this case, whilst the needs assessment was done by the UN agency, the actual distribution was delegated to Christian Aid and its national partner. In the process, none of them had conducted a thorough conflict analysis, which would have undoubtedly offered insights into the historical divides between the different ethnic groups in the region. This led to the food being distributed primarily to the Hutu community, thereby fuelling resentment from the Hundes, which played out in the midst of a complex and old context of inter-group tensions and armed violence.

Needs assessments are a foundation for humanitarian work, as they help identify those disproportionately affected by poverty and inequality. However, as our experience in DRC showed us, needs assessments must be complemented with a deep understanding of the conflict context and adaptations made accordingly in line with principles of equity.

Regular monitoring and adaptation are key for conflict sensitive programming

Christian Aid staff were able to identify the escalation of tensions at an early stage whilst conducting a monitoring exercise. This prompted the design of a series of adaptations, which included bringing together community leaders from both ethnic groups to provide a clear overview of the program objectives, its rationale and the criteria used to identify beneficiaries. Indeed, community engagement in the early stages of any program builds trust, it sets a relationship between equal partners, and promotes accountability and transparency.

Furthermore, the inclusive nature and design of the adaptation not only allowed for tensions to be diffused, but it also created a positive interaction between Hutu and Hunde community leaders who were tasked to work together to address any tensions until the end of the food distribution.

The Christian Aid team anticipated a potential risk of Doing Harm by identifying early on a very low number of male participants in agriculture livelihood support and Village and Saving Loan Associations (VSLA). Although the program had initially been designed to have a strong focus on women empowerment, due to their disproportionate exposure to poverty relative to their male counterparts,  the team did not anticipate that only 18% of participants would be men.

Although such disparity might not raise any alarms at first sight, previous experience has shown that projects that solely or so disproportionately engage women over men have the potential to drive resentment from male counterparts. Livelihood programs can lead to changes in traditional social and gender norms, and if not monitored carefully they can risk increasing the incidence of some forms of GBV. For example, domestic violence can increase if partners or family members feel threatened by or resentful of women’s new found economic independence – especially in conflict-affected States where male family members may not be able to meet their traditional responsibilities as “breadwinners” due to the impact of war.

Whereas the program adaptation in DRC was triggered in response to tensions caused by the project, in South Sudan the team reacted in anticipation and before any harm could be recorded. This points to a tenet of conflict sensitive programming, which is the ability of program staff to anticipate negative consequences before they even take place through regular monitoring and applying the necessary adaptations.

The team in South Sudan commissioned a gender-sensitive context analysis to better understand how the program could increase male participation. Among other recommendations, the analysis showed males’ preference for livestock farming over agriculture livelihood support, which is heavily influenced by traditional gender roles. In a context where the volume of herd is often seen as a marker of wealth and a guarantee for marriage (as well as being the main source of income and food for the majority of the population), males are often socially encouraged to accumulate livestock. The report also shed light on men’s reluctance to join VSLAs due to their preference for income-generating activities, which are seen to produce quicker gains. The findings were taken on board to ensure a more even participation of men into program activities.

If gender-blind, humanitarian action has a potential to increase violence against women and girls. Regular monitoring of how activities impact gender relations within the household, and quick adaptations are key to avoid harm and reduce levels of violence.

For further information on CAI’s work please see the following link and contact Eric Sanchez esanchez@christian-aid.org. You can also follow Eric’s work on Twitter at @EdeEric